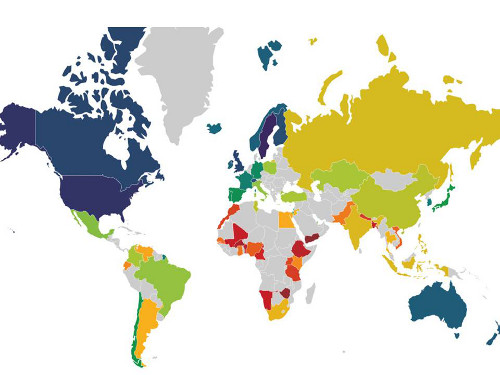 I’m extremely please to share the news that the Web Foundation’s Web Index is now public. It premiered today at a symposium in London, headlined by Web inventor Tim Berners-Lee. The Web Index is the world’s first measure of the impact of the Web on people and nations around the world.  This inaugural publication ranks the state of the Web, as well as its political, economic and social impact, across 61 countries on all continents. The plan is to publish the Index annually, and to continue to expand its geographic and analytic scope.

As we conceived the Web Foundation in 2008, I started to formulate the concept for the Web Index. Why?  We needed an objective and powerful tool to help governments, companies and citizens develop better informed and targeted strategies for investing in technology and policy in order to make the Web a better value. The Web Foundation also needed an anchor, metric and compass for the work of the Foundation itself. The Board and many others have contributed to getting us to where we are now (see below).  Methodology and results …

Check out the Web Index microsite. There you’ll find the methodology, which involves collecting nearly 100 indicators (some from other sources, some from our own expert surveys) and rolling them up into components and then 3 sub-indexes: Web Readiness (are the building blocks in place for the Web to thrive? … Internet and mobile infrastructure, institutions, policies), Web Content/Use (what is accessible to people on the Web and who is accessing it?) and Web Impact (what level of social, economic and political value is generated through the Web?).  The sub-indexes roll-up into a Web Index score for each country.

The official Index results released today have evolved relative to a  preliminary, truncated version that I previewed at TED 2012. Some key results from the official results: Sweden tops the Web Index, followed by the United States and United Kingdom. Yemen appears at the bottom of the 61 countries ranked, preceded by Zimbabwe … also the last 2 of the bunch in alphabetical order

Digging deeper, Iceland ranks at the top of the Web Readiness sub-index (strong infrastructure and policies).  However, the volcanic island nation had only the 12th highest overall Index score, due to lower scores for the Web Content/Use (perhaps not enough content in Icelandic?) and Web Impact. Egypt, which ranks just 49th in Web Readiness, came in 39th overall thanks to a Web Impact sub-index placing of 30th (likely due to the critical value of the Web (and mobile, etc.)  for organizing and communicating during the Arab Spring and during the on-going challenge of re-constituting a better government).

The Web Foundation is also providing useful visualization tools that let you adjust parameters of key results. And it is cool that all of the data are open and available for the public. If you don’t like how the Foundation compiled the Index, you can tweak parameters and even re-construct your own version.

Major thanks to Google for providing the funding to get the Web Index started. I expect a number of sponsors to step forward to fund continued work on this, now that they can see the concrete value of this tool to the world. Dr. Hania Farhan has done a wonderful job managing this ground-breaking project, with the support of tech lead Jules Clement, our Steering Committee, Science Council (of which I’m a part), Oxford Economics, and Portland Communications.

Have a look, and let the Foundation know what you think.