The theme of this year’s TED conference was “Full Spectrum” — “the rich use of multiple technologies, formats and approaches for the most powerful possible impact on an audience”.  Certainly the World Wide Web has greatly expanded the spectrum of people with access to a broad spectrum of information in a broad spectrum of ways.  I proposed a talk entitled, “Measuring the Web’s World Wide Impact”, and was fortunate to one of a couple dozen of talks selected from 250 or so candidates for a talk during the TED-U sessions at TED2012.  Speaking on 28 February, I had 7 mins to explain the Web Foundation’s scheme for the Web Index.  Here are some pics of my talk from the TED Flickr site (pic 1, pic 2, pic 3) 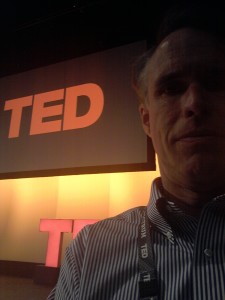 The very first, full Web Index will be launched in June 2012.  It will be a ranking of countries based on the state and impact of the Web in each country. Our Program Manager, Hania Farhan, and Oxford Economics gathered very preliminary datasets for a small set of countries for use in my TED talk.  These preliminary findings are fascinating, and bode well for the usefulness of the full Index for guiding future investments that will make the Web a greater value for people around the world.  For example, the data for Egypt suggest a high score for the political impact of the Web (the Arab Spring attest to this).  Italy, despite its high score for communications infrastructure (availability and cost of Internet), had a relatively low score for political and economic impact of the Web based on surveys of experts.  Could it be that the relatively high burden of government regulation on businesses contributed to this? The final Index in June will provide substantially more evidence for consideration.  The notes in my slides provide a bit more information on our very early results.  Stay tuned for the Index launch in June.

The bar for talk quality is very high at TED, as you probably know.  Some of my favorite speakers included:  Susan Cain on the power of introverts, Andrew Stanton (the writer behind Toy Story and Wall-E) on story telling, Billy Collins (former US poet laureate, who made me care about poetry again), Michael Tilson Thomas (conductor), and Bryan Stevenson (fighting to eliminating excessive and unfair prison sentencing). As usual, most of the most interesting talks for me were on topics I don’t follow closely, but given by people who are inspirational.